THE HIVE is an opera based in the world of forensic psychiatry.

Conceived and written by Carole Hayman, the libretto was inspired by research she had done as a Fellow at Kings College London – a study of women who commit serial murder. 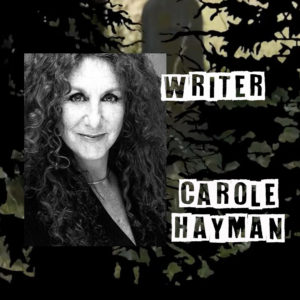 Ten years ago, I was a Fellow @ Kings College London, where I had an Arts and Humanities Research Council Award to make a study on Women and their connection to violence, especially to killing and serial killing. The study focused on verbatim interviews with protagonists, survivors, the families of victims and the police and forensic teams involved in a number of UK serial murder stories.

Two years of research eventually became a 4-Screen Video Art Installation called, ‘No One Escapes’. NOE has been shown in galleries and all over the UK in high security hospitals including Broadmoor and Rampton, medium and low security NHS units, prisons, The Institute of Psychiatry, The Maudsley Hospital, King’s College London and many forensic psychiatry and psychology conferences.

The Hive is loosely based on this installation and verbatim material from recent interviewees. 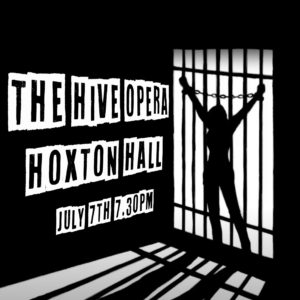 Of all the cases I researched, the emblematic and notorious West case – just past the 20th anniversary of Rosemary West’s trial – still has the most long lasting repercussions. Each interviewee has been affected in a different way, but all because of contact with the violence of two people. Many of its protagonists, then and now, talk of trying to find a way out of the pain and hurt, some personal justice – some forgiveness – to alleviate the plight in which such intensely traumatic experiences have left them. Their testimony is unique and often shocking – yet does have a strangely redemptive quality.

When I began the parent project, I took Dr. Edmond Locard’s ‘Exchange Principle’ as a starting point for the research. Locard, a twentieth century pioneer of forensic science, proposed that whenever two surfaces come into contact a transference of material, however slight takes place. His idea laid the foundation for modern forensic science and coined the phrase, ‘Every contact leaves a trace’.

The microscopic debris that covers our clothing and bodies are the mute witnesses, sure and faithful, of all our movements and all our encounters.

As a starting point it became how does Locard’s principle – the ripples spreading infinitely from the pebble thrown in the pond – impact not just on those intimately connected with crimes, but on the rest of us outside of them? What is the psychological seepage into the whole of society?

During the research, I applied Locard’s Principle to women who have been involved in serial murder asking why women might do such things? What do we understand and what do we want to understand about women who kill? How do we view their actions? How do we as a society, treat them? Why do we veer between sympathy and censure – especially in the justice system, which can be at once over-harsh and naively over- lenient? And what about women who kill serially? Why do they do it? How do they get involved with male serial killers? Why is society fascinated with this type of killing – especially when it’s by women? Why do we reserve special hatred for them – calling them sad, mad, bad? Making monstrous outcasts of them – terrifying anti-social bogey women. Modern day witches.

We can all behave badly, do wicked things, like it or not, a part of these killers is in us all.

These killers can become our scapegoats for dumping all the stuff we don’t like about ourselves, yet none of us would be impressive if all our nasty habits and bizarre fantasies were visible. 10% of us are at least personality disordered – we can all behave badly, do wicked things, like it or not, a part of these killers is in us all.

Taking this research as its starting point, The Hive challenges popular stereotypes about women killers and their pathology, presenting an opposite to sensational media fodder based on prurient and macabre interest. The intention of the work is to re- connect with the basic humanity of the protagonists – the people who’ve caused the suffering. Without condoning or sympathizing, we may still be able to understand and even empathize with the perpetrator.

That way redemption can lie.