Women kill close to the home, or The Hive as you might call it.

The Hive challenges popular stereotypes about women killers and their pathology, presenting an opposite to sensational media fodder based on prurient and macabre interest. The intention of the work is to re- connect with the basic humanity of the protagonists – the people who’ve caused the suffering.

Please see below for videos of the performances, how the project developed, a synopsis and details of the creatives and producers. If you would like to contact us please email team@thehiveopera.uk

We would like to extend our enormous thanks to Belinda Kidd, Neil Marcus and the whole team at Hoxton Hall for their help and support in mounting a full production of The Hive Opera on July 7th 2022. The performance was extremely well received. The full performance as well as highlights, can be seen in the videos below. 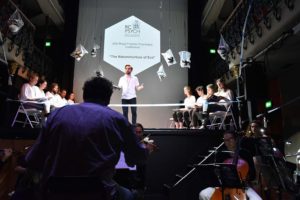 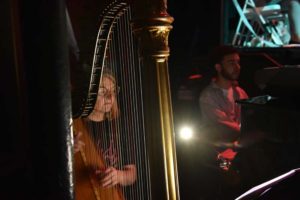 Selected clips from a performance at Hoxton Hall on 7th July 2022. 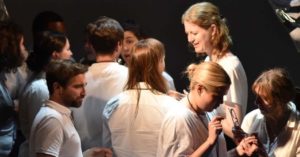 Selected clips from a performance at Hoxton Hall on 7th July 2022.

Thanks also to Bill Bankes-Jones, Anna Gregg and everyone at Tête-à-Tête for their encouragement and support, and for mounting Act 1 at the Arcola in 2016 and giving us space to mount Act 2 at RADA in 2017.

Feedback from one of our performers and the audience.

I just wanted to thank you all so much for the privilege of working with you all on such a interesting, moving and fun project. It was such a huge challenge in the short period of time we had to actually stage this but I, and I know the rest of the cast as well, were all so appreciative of the work that had gone in to this show – in some cases over many years! I very much hope that the project continues to grow — it’s a fabulous score and script and a story that absolutely needs to be told. It was a difficult role (well, roles!) for me but I loved it.

I had several friends come to the show who had never been to an opera before and who were completely gripped – and one who goes to many, and was also impressed, so I think that’s a win!

Thank you again so much for your help, guidance, and immense artistic vision on this project – and for allowing me to be part of it!

A superb production featuring very fine soloists and orchestra. The book itself, and the use of the back-lit screen, were also impressive. This show deserves to be seen by more people and I would hope it might provoke discussion about the topics it raises. A great night.

I thought I would just let you know how much I really, really loved The Hive. It was a really brilliant production, full of verve, energy and enthusiasm. The music was absolutely thrilling, the libretto sharp and clever and the sheer exuberance of everyone just burst off the stage to the enthralled audience. What an amazing subject, explored with sensitivity with a blast of well placed cynicism. Thoroughly brave, thought provoking and a real experience.

The Hive was an incredible achievement. Really I was blown away. The chorus, the singers, the musicians … all of it was so impressive. Magic!

Congratulations on a spectacular show! Everyone in the audience agreed that you and your cast were phenomenal tonight and I’m so glad I got to experience it

We loved the Opera. We thought the writing was clever and the way the stories of well-known characters were woven into the story between the conference scenes and the courtroom scenes was really clever. The singers and musicians were incredible too – so enjoyable!

My first visit to this superb little venue….. a superb production featuring very fine soloists and orchestra. The book itself, and the use of the back-lit screen, were also impressive. This show deserves to be seen by more people and I would hope it might provoke discussion about the topics it raises. A great night.

Read a full synopsis of the Hive, read the libretto or download the Hoxton Hall programme. 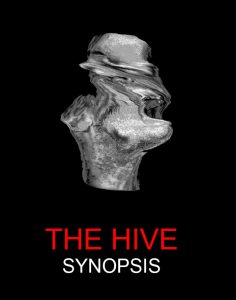 THE HIVE is an opera based in the world of forensic psychiatry. It fuses verbatim interviews with Harvey Brough’s scorching operatic score to explore our fascination with serial killers – from grim tales to the real thing; from the first act of murder to the protracted effect of psychopathic darkness.

A story as beguiling as it is shocking.

Conceived and written by Carole Hayman, the libretto was inspired by research she had done as a Fellow at Kings College London – a study of women who commit serial murder. This became a 4-screen video installation of verbatim interviews with those intimately connected to killings. Funded by The Wellcome Trust the work was shown at Fabrica Gallery during the 2008 Brighton Festival.

Carole returned to the project a few years later with a workshop at Out of Joint Theatre Company. From that came The Hive libretto – the title from a forensic psychiatrist who said in an interview, ‘Women kill close to the hive’.

Harvey Brough, a musician and composer whose work Carole loved, was enticed to write the score. Together, the Hive words and music aim to address some of human nature’s darkest depths, yet move rather than horrify, while keeping us emotionally charged. Quite the challenge!

A workshop showing of Act 1 was seen at the Arcola Theatre’s Grimeborn Festival in the summer of 2016. Funded by Tête-à-Tête and directed by Bill Bankes-Jones, it was very well received. With financial assistance from ACE, a draft of the second act was completed and a half hour extract directed by Susannah Waters was mounted in August 2017 at the Tête-à-Tête festival at RADA.

THE HIVE – Covid Cut (film and short live extract) was performed as part of Tête-à-Tête: The Opera Festival 2020 on September 17th at the Cockpit Theatre, Gateforth Street, London, NW8 8EH.